Eager to know the Western initiatic Mysteries from the inside, I was initiated into Freemasonry in 1990. I am a Master Mason (raised in 1992) and Past Master currently belonging to the United Grand Lodge of England (Internet Lodge No 9659 - East Lancashire).

Previously, I have been a member of Grand Lodges in Canada, the G. L. F.A.A.M. of the District of Columbia and the G. L. of the State of Nevada (USA). I have also received the 32 degrees of the American Scottish Rite in Washington D.C. and have been initiated in the Royal Arch in Canada.

In 1997, at a time when French Freemasonry was reluctant to publish on the Internet, I created the first international online Masonic magazine (restricted to Freemasons) called: "La Parole Circule" ("Spread the Word"). For years, it was the only Masonic magazine to exist on the Internet. Until 2008, this magazine was published regularly, sharing the research done in the Lodges.

I was also one of the three co-founders of the first French Masonic online community, the “Fraternelle des Internautes Francophones.”

While living in France and prior to joining American Freemasonry, I was Grand Officer of the Grand Orient de France (Largest Masonic Organization in France). I have received all the degrees of the Egyptian Freemasonry (33°-95°) and other allied degrees.

The same year, the Grand Orient de France, asked me to create a scientific publication which was called “Arcana.”
In recognition of outstanding work and personal achievement, I was nominated at the highest function as Grand Chancellor in 2002 and Grand Orator in 2003.

Some years later, I moved to North America and have been received in the Canadian and American Freemasonry. I received the honorific degrees of the Scottish Rite in Washington DC.

Ten of my books  have been published in French of which several books were about Freemasonry.

I have been the first French author to be directly published in English (in 2010) by the famous Llewellyn Publications (MN, USA). Several of my books have been already published and more are planned.

The first one in English about Freemasonry is called: “Secrets and Practices of the Freemasons.” In recognition of my expertise on the subject of Freemasonry, the Grand Master of the State of Nevada has honored me by writing the foreword to this book.

The focuses of my Masonic studies are the rituals, the individual spiritual practices, the esoteric degrees, and Egyptian/Hermetic Freemasonry.

I was the first one to publish individual esoteric Masonic rituals that everyone can use at home.
In its rich history, Freemasonry was not as controlled and restricted as it is today. Freemasons were very creative and developed several degrees, initiations and practices that were highly esoteric.

I am progressively unveiling this spiritual and very useful heritage.

I am always pleased to give lectures and seminars in the Lodges and Valleys of various countries around the world. You can always contact me for any question.

Learn More about Freemasonry in my Blog

Esoteric Freemasonry: The Hidden Side of the Pyramid

The Use and Purpose of Masonic Symbolism 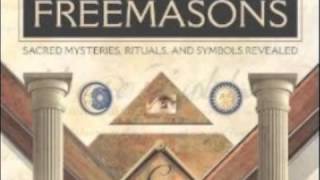 Discover the Ancient Secrets of the Freemasons

The Hidden Pyramid in Washington, DC and Its Practical Use

Foreword of the book "Secrets & Practices of the Freemasons"